The Confucius Temple Route starts from the National Museum of Taiwan Literature. It is another historic walking route in Tainan. The route goes through historic scenes constructed from the Dutch colonial period, the Kingdom of Tungning, and the Qing dynasty to the Japanese rule period. Tourists can see the cultural characteristics of each era and experience the beauty of historical buildings connecting us to the past.

National Museum of Taiwan Literature
The National Museum of Taiwan Literature is the most important landmark in the city center of Tainan. It was designed by the Japanese architect Matsunosuke Moriyama and constructed in 1916. Back then, it served as Tainan Prefecture, the highest administrative center in Tainan. The Michelin Guide lists it as a two-star attraction. The building features a Mansard Roof. The round columns with both European and Japanese characteristics at the entrance are also worth taking a look at. The museum has a rich collection and periodically holds free exhibitions. It is a must-visit attraction in Tainan. 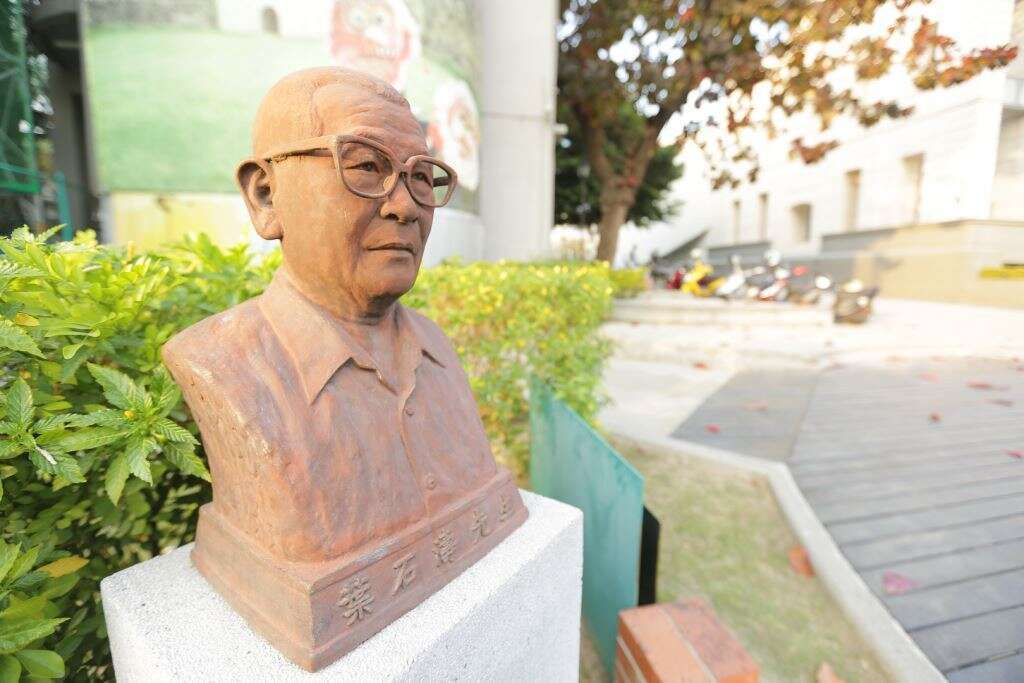 Confucius Temple Cultural Park
More than 300 years old, Tainan’s Confucius Park was built by Chen Yonghua during the Kingdom of Tungning. It was the first Confucius Temple in Tainan and the highest educational institution run by the government. It is also the only Confucius Temple that still holds the Confucian ceremony established in 1713 (Qing dynasty). On September 28th every year, the Temple holds the grand autumn ceremony. Many people come here to pray for wisdom. If you have the opportunity to visit this place, do not miss out on this annual ceremony.

Fuzhong Street, located across from the Temple, is a place where many tourists shop and explore Tainan’s local delicacies. In this vibrant neighborhood, there is an ancient temple paying tribute to Chen Yonghua. People interested in traditional temples should definitely pay a visit to this temple. 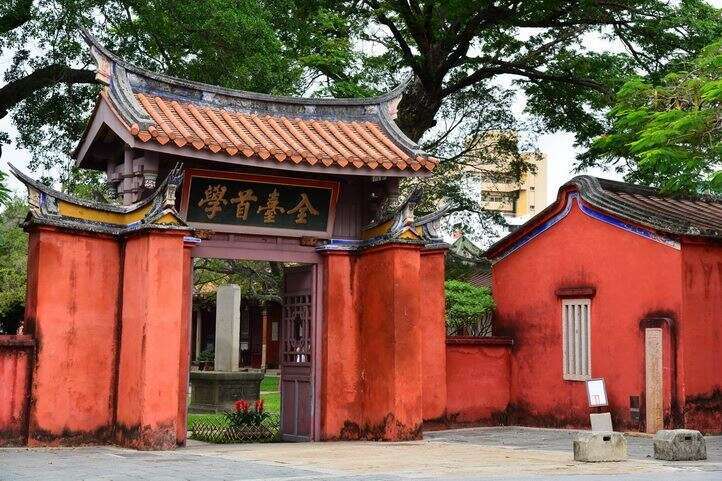 Japanese Patriotic Women's Association
The Japanese Patriotic Women's Association was one of the main Japanese women’s associations during the second world war. It was dedicated to local affairs and social services. The headquarters was set up in Taipei. This typical Japanese-style building, which was built in 1920, used to be the Tainan branch. The old house was renovated and is now a perfect place for buying Tainan’s creative products and visiting exhibitions. Souvenirs are sold on the first floor; on the second floor, visitors are required to take off their shoes so that they can experience the elegance of this Japanese-style building by walking on the wooden stairs and tatami mats. 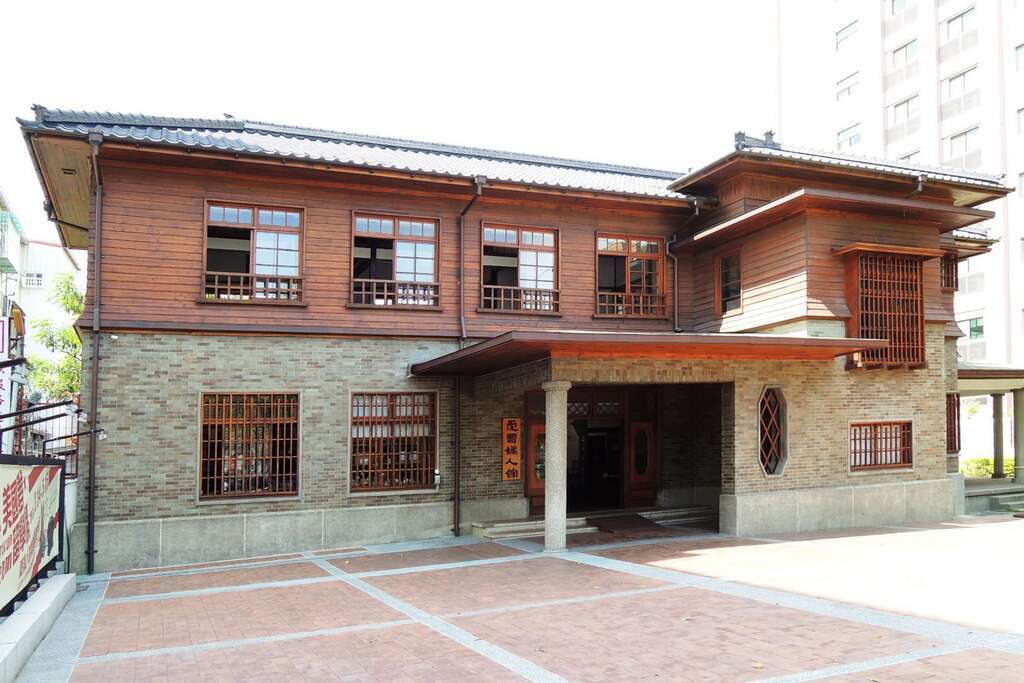 Hayashi Department Store
Established in 1932, Hayashi Department Store was the first and biggest department store in Tainan provided with an elevator. Locals used to nickname it “Five-story Building.” It is recommended to take the 6-person elevator with a dial indicator to visit the only rooftop shrine left in Taiwan, the elevator well, and bullet holes from the second world war. Apart from following the historic traces, you can also go to other floors to check out creative products and snacks and get some special souvenirs unique to Tainan. 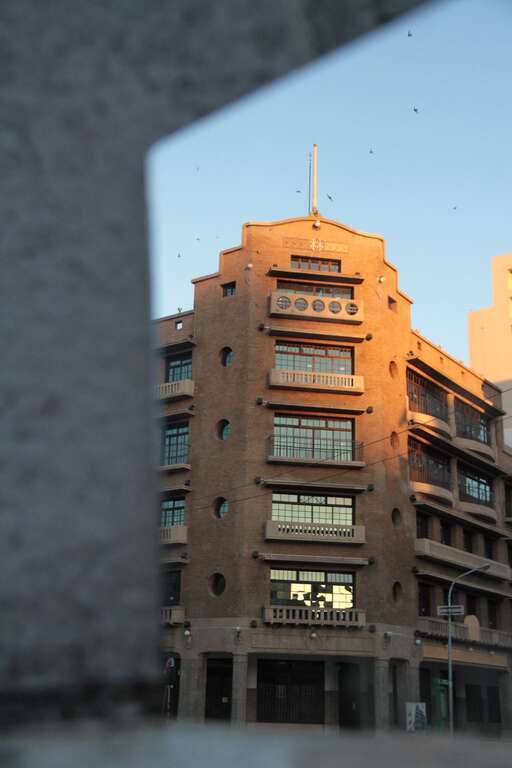 Tainan branch of Land Bank of Taiwan (Former Tainan Branch of Nippon Kangyo Bank)
Standing diagonally across from Hayashi Department Store, Land Bank of Taiwan was formerly the Tainan Branch of Nippon Kangyo Bank. Built in 1937, it has preserved a row of magnificent heavy columns. The magnificence of the bank can be seen from the top of Hayashi Department Store. The building reminds people of the Pantheon in Rome or an Egyptian temple. 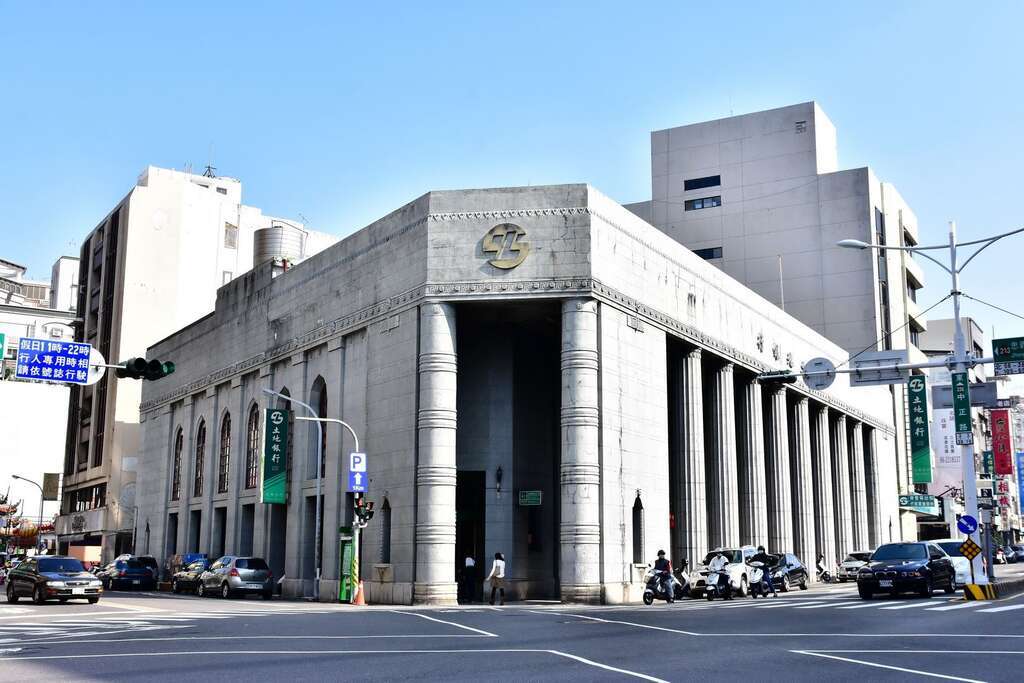 Koxinga Ancestral Temple
The shrine was built in 1663 by Zheng Jing to pay homage to his father Zheng Chenggong (Koxinga) and mother Queen Dong. It is another must-visit attraction if you come to Tainan. When you walk into the shrine, you will see ceramics, bricks, an ancient well, and statues of deities from the Kingdom of Tungning and the Japanese rule period, together with many old photos. The shrine enables tourists to get a glimpse of the glory of Kingdom of Tungning. 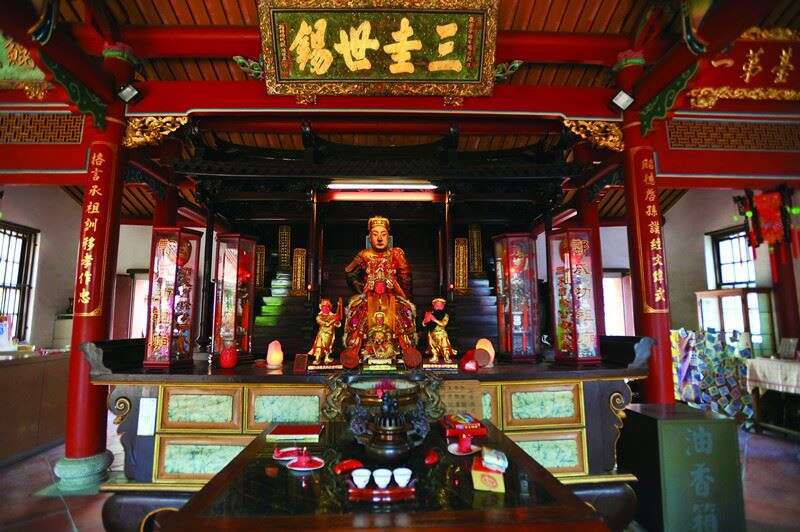 Taiwan’s First Temple of Heaven (Tiangong Temple)
Tiangong Temple was built in 1854. Its patron god is the Jade Emperor (Heavenly Father), so it is also called the Temple of Heavenly Father. It was the only temple that was constructed together by the government and locals in Taiwan. Now, it still holds many precious historical artefacts. Among all of these, the plaque inscribed with a huge “one” captures the most attention; it is one of the three famous plaques in Tainan. When you walk into the main hall, you will immediately see the gigantic plaque hanging right above you. The character “one” implies that “no matter what human minds intend, it's Heaven that decides the end with one stroke,” which carries the meaning of respect for Heaven. 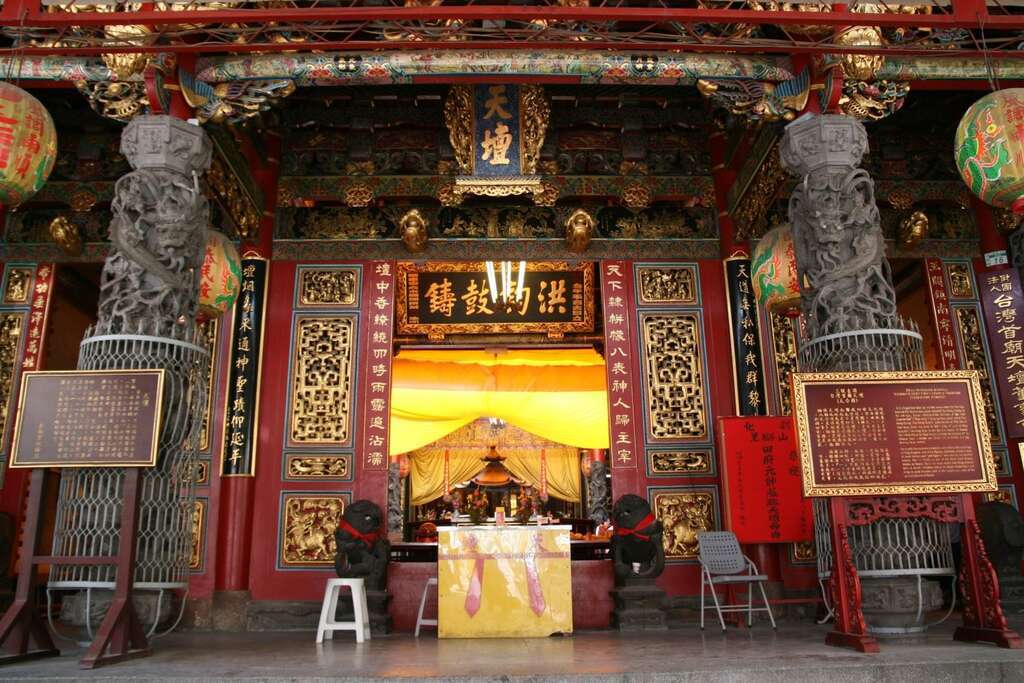 Beiji Temple
Built in 1661, Beiji Temple is bigger than Kaiji Lingyou Temple, which is next to Chikan Tower. It is also called The Big Temple of God. Beiji Temple pays tribute to Xuanwu. Among all the Eastern deities, Xuanwu represents the North; the attribute of the North is water and water’s representative color is black, so the Temple uses a lot of black as the main theme, which is a major characteristic of the Temple. Moreover, the wooden plaque inscribed with characters meaning “The power of God will last for generations” is the oldest plaque in Tainan. It was given by Zhu Shugui, Prince of Ningjing, in 1669. 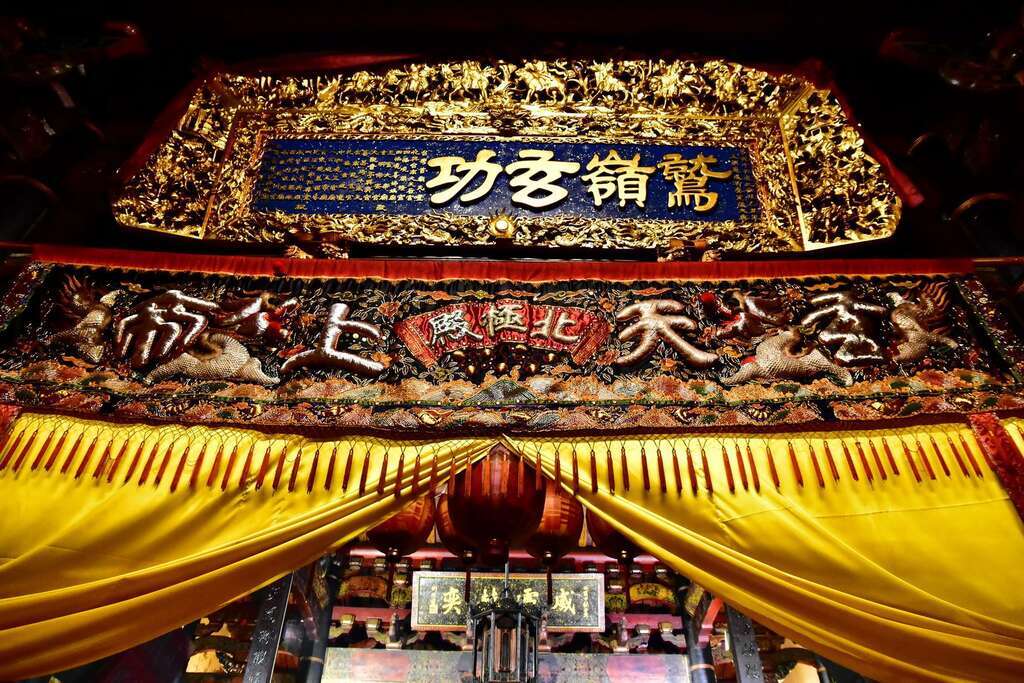 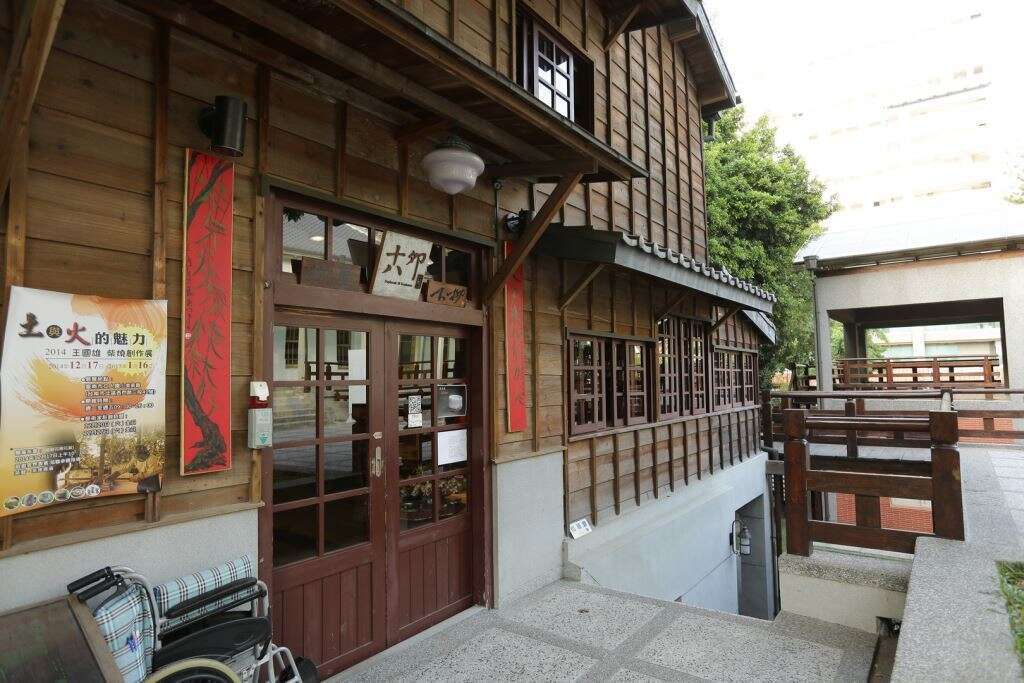 Central Weather Bureau Southern Region Weather Center (Former Tainan Meteorological Station)
Formerly known as Tainan Meteorological Station during the Japanese rule period, the present Southern Region Weather Center was originally built in 1898. A unique round tower, it was nicknamed Pepper Shaker. It is also called 18-angle Building due to its special radiant rooftop, which is equally divided into 18 parts. When you come to this place, you will see tools used for weather measurement in the past and gain a deep understanding of the progression of weather forecasting for the past 100 years. 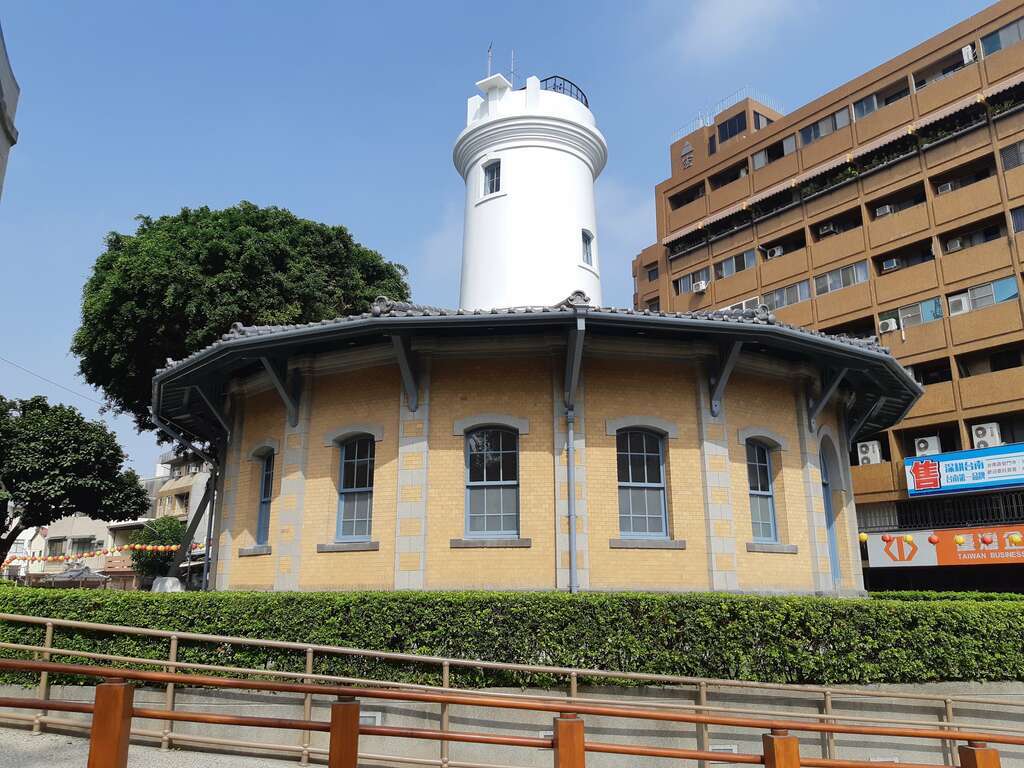 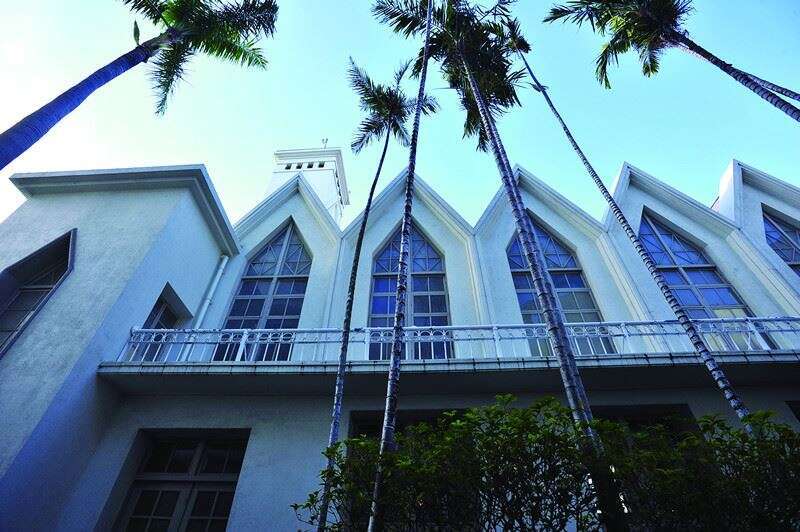 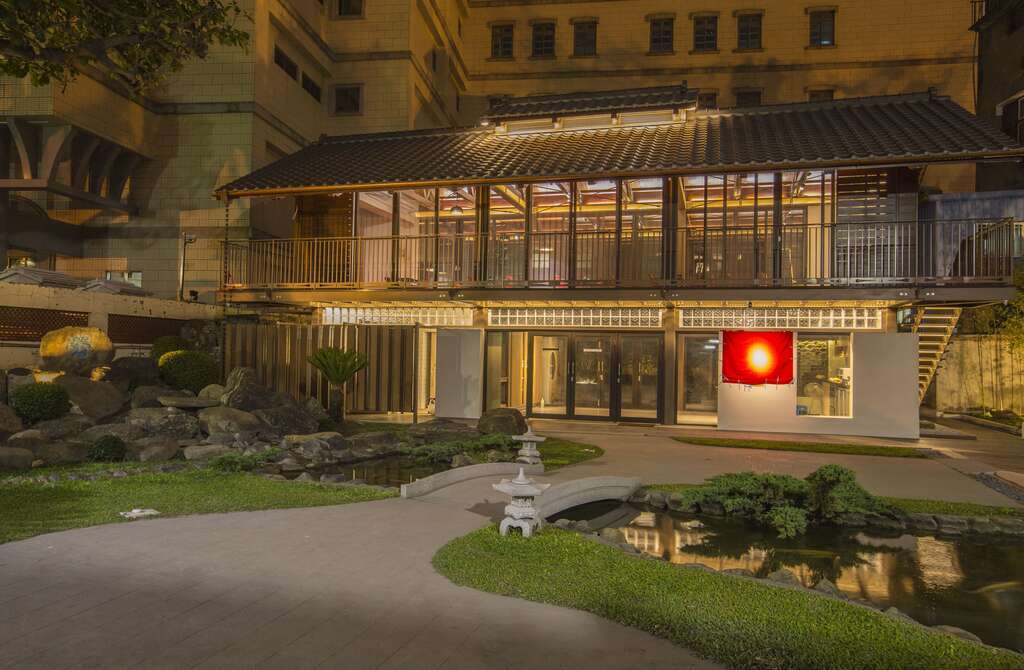 👉Want to know what are on the other route?
See the Historic City Tour: Chikan Route
👉Download Brochures
👉Recommendations of English-speaking tour guides in Tainan
Previous Back Next
Places to go
Things to do
Plan your trip
New & Now
Top